In time things change. People change, perspectives change, passions changes, every thing changes. What doesn’t change is our memories, that’s it. We may say that the ideals that we had years ago are still as they are today, but are they really though? Our new experiences remold us, our mental process and how we intend to proceed changes. I am a firm believer that these changes, are growing points– proof that the lessons we’ve learned, no matter how subtle, have taught us lessons of depths yet unexplored.
It is the same idea as when we think of things not yet attempted as impossible, then we do it and it becomes “easy” the more we practice.
Looking back to blogs from times past (old blog website) I had remembered the depths of my feelings, core, raw and real they were. Now 5 years later I thought my travels would allow me to be more than just surface, and back to the core emotions I used to confess with such willingness; and in positive light. That was the goal, that’s why I went to Atlanta. My first trip planned with the purpose to go alone. For personal self exploration.
Once again the CityPass was clutch for making a seamless an easy trip, I will do a separate blog on how that works and how to best plan a trip using it.
I arrived in Atlanta telling myself that I would explore, and be outgoing, outspoken and open to take where the city and its people recommended. But I admit, the complacency of my social comfort zone got ahold of me Friday night. I checked in to my Air B&B house, and even after the host sold me on the idea of going out, I ended up reading a book and falling asleep with, of course, the intent to be an early riser to wash my regret away for acting 50 instead of 25 (meaning, going to sleep early to rise early instead of staying out late and sleeping in). But I did wake up early on Saturday, early enough that I was the first in line for the Georgia Aquarium. // Side Note: There is nothing serene or quiet about going to an aquarium with hundreds of kids screaming, and pushing their way through an aquarium. If your trip involves a museum and you are a solo traveler, or traveling with other adults, I highly recommend you tackle the aquarium first..in any city you go to, and RIGHT when it opens. There is a sense of majestic nature in looking at the fish, dolphins, SHARK WHALES, in a quiet environment. This was by far the highlight of the trip. 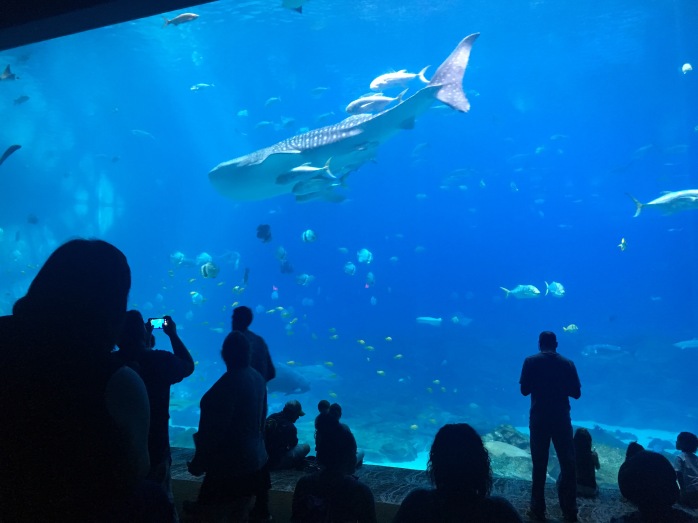 The remainder of the trip included figuring out how the famous Cocoa Cola was made (World of Coke), check in the for the good Michigan Wolverines at the College Football Hall of Fame, tour CNN studios (to see if my passion for tv would be rekindled, did not work but reopened my motivation to find purpose) and the Center for Civil and Human Rights. The night ended with me taking a Yelp recommendation to Kimball House, which specializes in oysters and drinks made by specialized bartenders looking like they were working on a chemistry project. From there, I opened up met two guys who knew the hipster-type of places to go, which I thoroughly enjoyed (Included Brick Store and ending at Sand Bar Grill). The night, as most nights do when I travel alone, ended with me taking a night walk through the city center…in this case, Olympic Park. A true beauty, just watch your things. Cockroaches are popular in southern states, just saying. 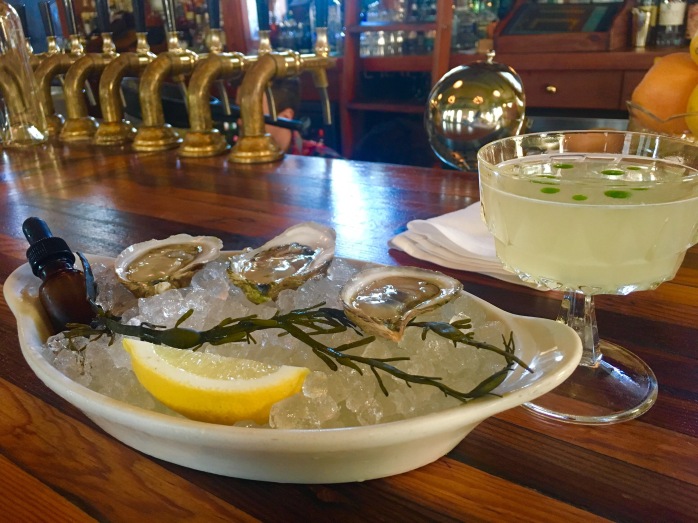 My goal of self exploration was a success, and for those looking for a quick weekend trip for traveling alone, this city has a lot to offer and I believe to be extremely under-rated.
Lesson learned this trip: To be the energy you’re wanting to receive back…I could have sat at the Kimball House and not engage in conversation with the two guys to the left who were bar hopping, and just been on my way; which in all honesty could have ended with me doing my night walk early and me in bed early, per usual. BUT, by me exerting what I wanted in return I was able to experience the non-touristy hidden gems in the city and meet truly awesome people.
If you want any advice, or details on the places I mentioned that I visited please just send me an e-mail to Jackie14Craig.com

← If It Scares You, Might Be a Good Thing to Try
The Perfect Christmas Gift for Travelers- Orgo (Product Review) →